Rapidly escalating home prices in North Tacoma are straining the limits of affordability for a lot of first time home buyers who are now starting to explore adjacent neighborhoods that have historically been less desirable.

Up and Coming Neighborhoods in Tacoma

Many people think of North Tacoma as anything north of State Route 16, but the North End is strictly defined as the area north of 6th Avenue and east of Orchard (minus the Town of Ruston).  Homes in the North End have always sold for a premium, but prices here are becoming increasingly unaffordable for first time home buyers.

Adjacent neighborhoods have been undervalued for years because home buyers have historically been reluctant to cross certain boundaries.  Buyers are disregarding those boundaries in the current market, and we’re starting to see dramatic price increases in adjacent “up and coming” neighborhoods.

Central Tacoma stretches from Orchard to Sprague between 6th Avenue and State Route 16.  The neighborhood offers easy access to Proctor and Stadium District amenities to the north, but it has a number of other selling points as well.

Central Tacoma is home to Cheney Stadium, Allenmore Golf Course, Bellarmine Prep, Heidelberg-Davis Park (and the Tacoma Nature Center), Delong Park and Franklin Park – not to mention a dizzying array of shops and restaurants on 6th Avenue.  Asado, Primo Grill, Ice Cream Social and Dirty Oscar’s Annex are a few of our favorites.  The median home price in Central Tacoma is approximately $395K (up 11% from just a year ago).  The median home price in the North End is $565K. 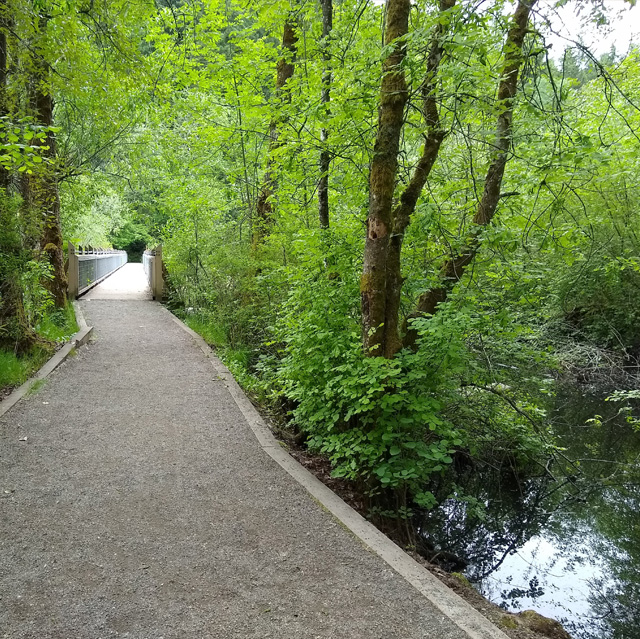 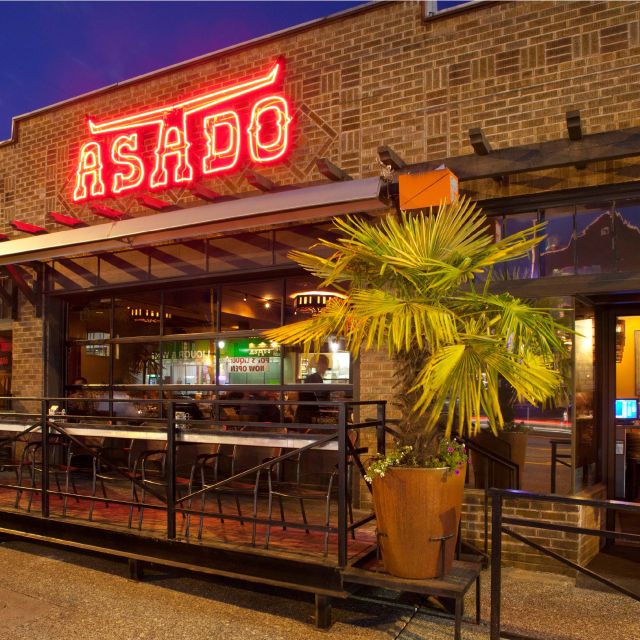 The Hilltop’s name references its location just above downtown Tacoma, stretching from Sprague to Tacoma Ave between Division and Center St.  Gentrification began on the Hilltop in the very early 2000s but took a noticeable pause during the great recession.  MLK Jr Way serves as the spine of the community as well as the route for a soon to be completed light rail extension connecting the neighborhood to the Stadium District, downtown Tacoma and the Tacoma Dome.

The Hilltop is home to Tacoma General Hospital, St Joseph Medical Center and historic Wright Park – a 27-acre oasis with a running path, playground/sprayground and botanical conservatory.  The Hilltop offers easy access to downtown amenities, including the Pantages Theater, the Grand Cinema and the Tacoma Art Museum.  The median home price on the Hilltop is approximately $425K (up a whopping 35% from just a year ago). 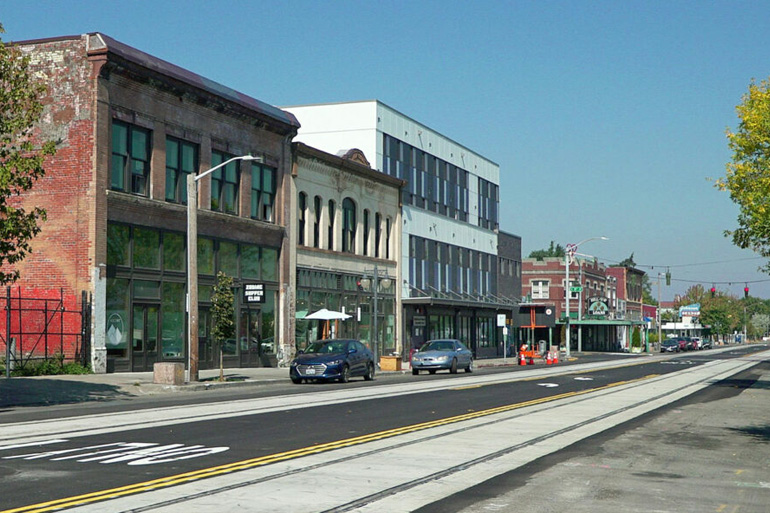 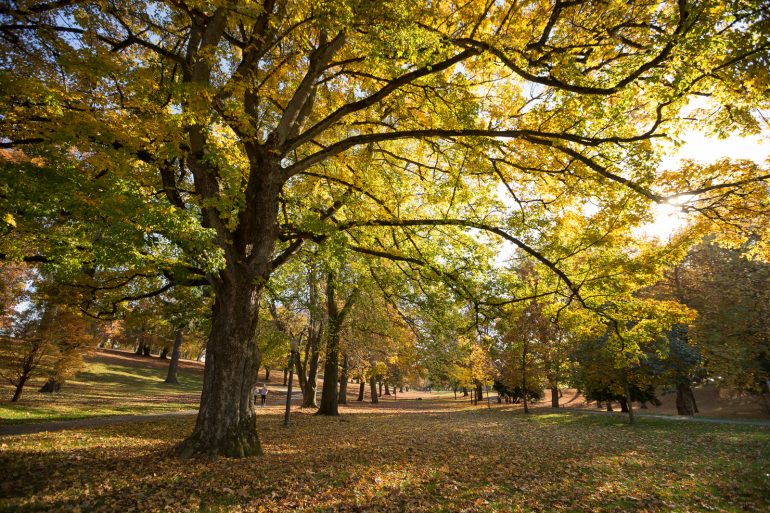 The Lincoln District is delineated by I-5 on the north and the west, S. 48th St on the south and Pacific Ave on the east.  This vibrant neighborhood is all about food, offering some of the best Asian and Mexican cuisine in the South Sound.  Dragon’s Crawfish, Taqueria La Fondita, El Zocalo and Tho Tuong BBQ are among the stand outs.

Newly revitalized S. 38th St serves as the spine of the commercial district, offering easy access to the freeway and Tacoma Mall amenities.  Community assets also include beautiful Lincoln Park – a great spot to hang out on a warm summer day.  The median home price in the Lincoln District is $400K (up 32% from just a year ago). 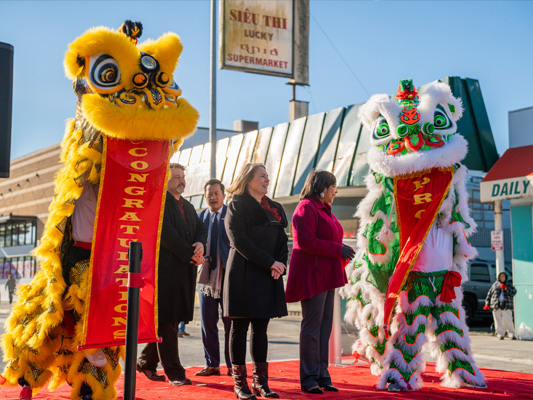 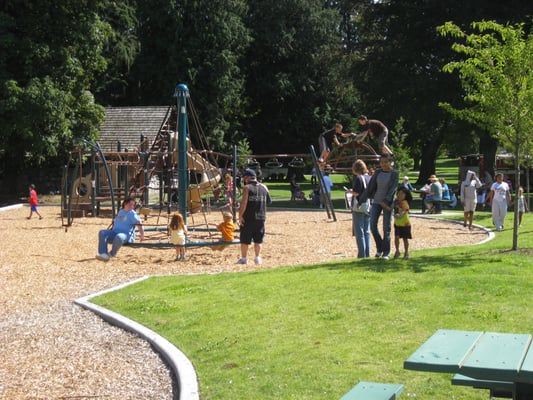 Located just east of the Lincoln District, McKinley clocks in as the most affordable up and coming neighborhood in our survey.  McKinley offers very easy access to downtown Tacoma and the Tacoma Dome Station, making it an ideal option for bus and rail commuters to Seattle.  Neighborhood dining options include Top of Tacoma and Dusty’s Hideaway.

McKinley is also in close proximity to the new Eastside Community Center with amenities that include a gym, a swimming pool, a recording studio and meeting spaces.  The median home price in McKinley is $375K (up 32% from just a year ago). 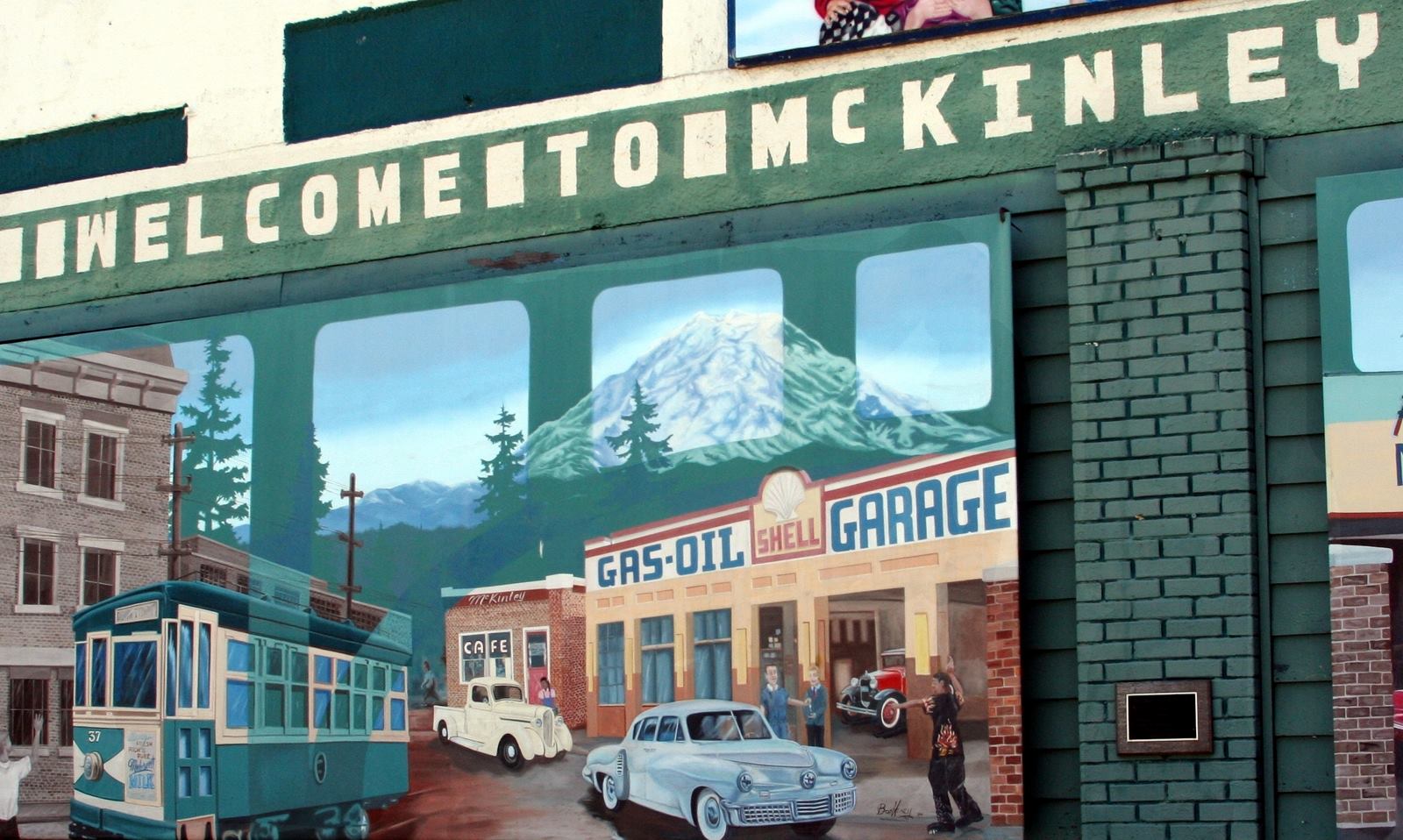 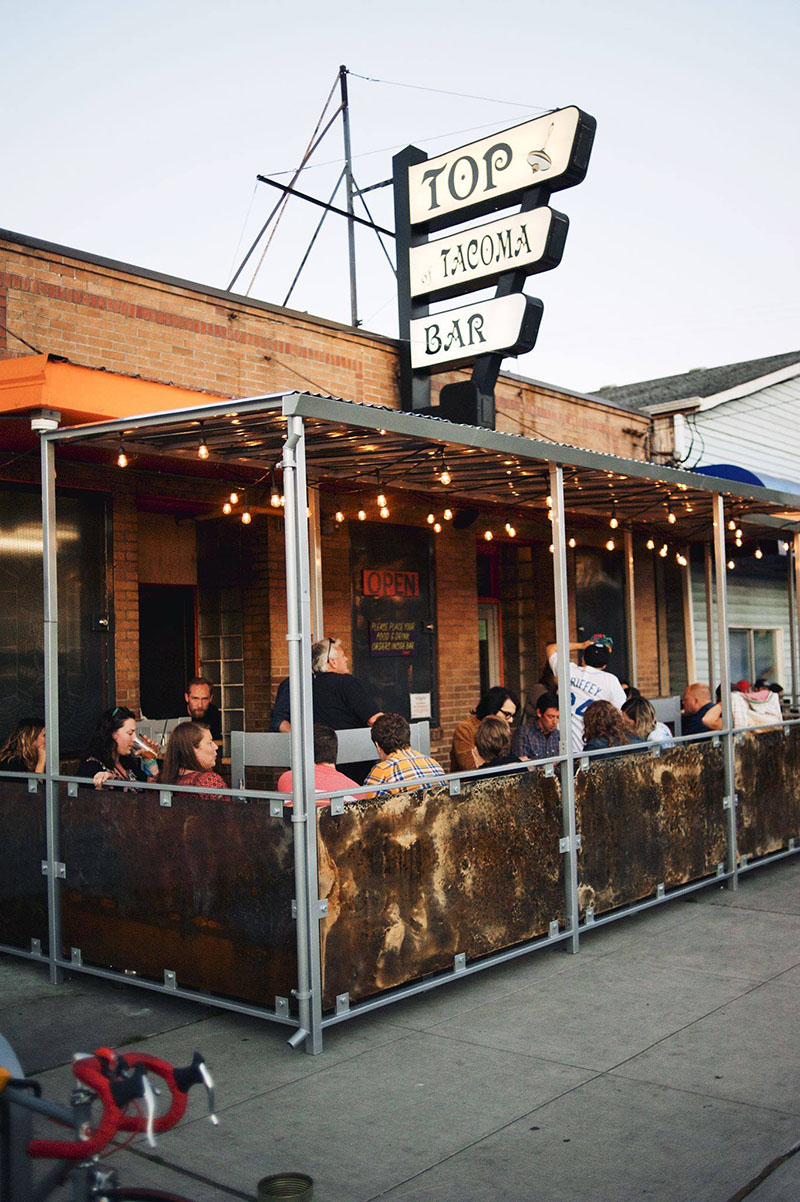 Top of Tacoma on McKinley Ave

Though home prices have been rising quickly in these up and coming neighborhoods, they still represent a good value compared to the North End.  For how long remains to be seen. 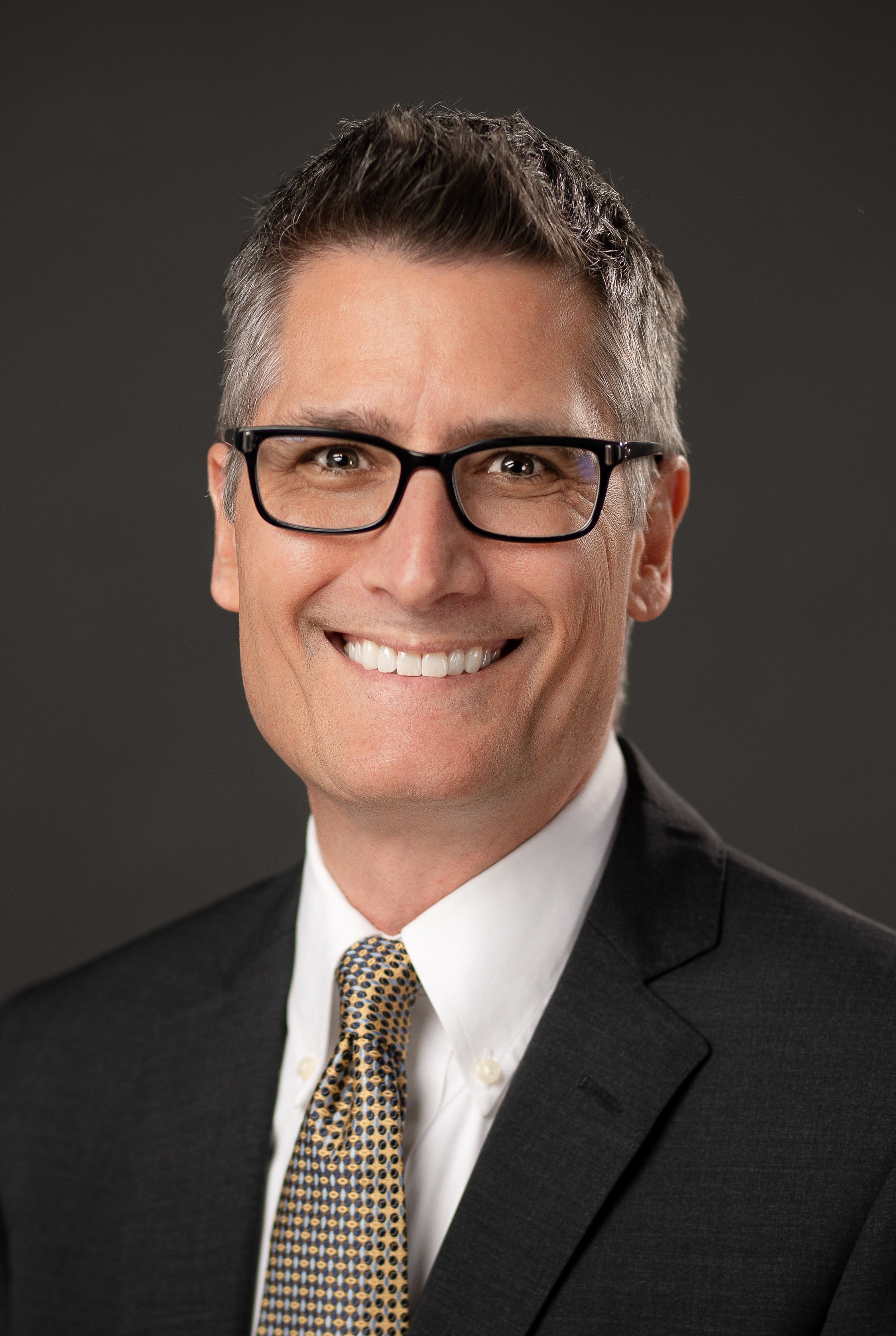