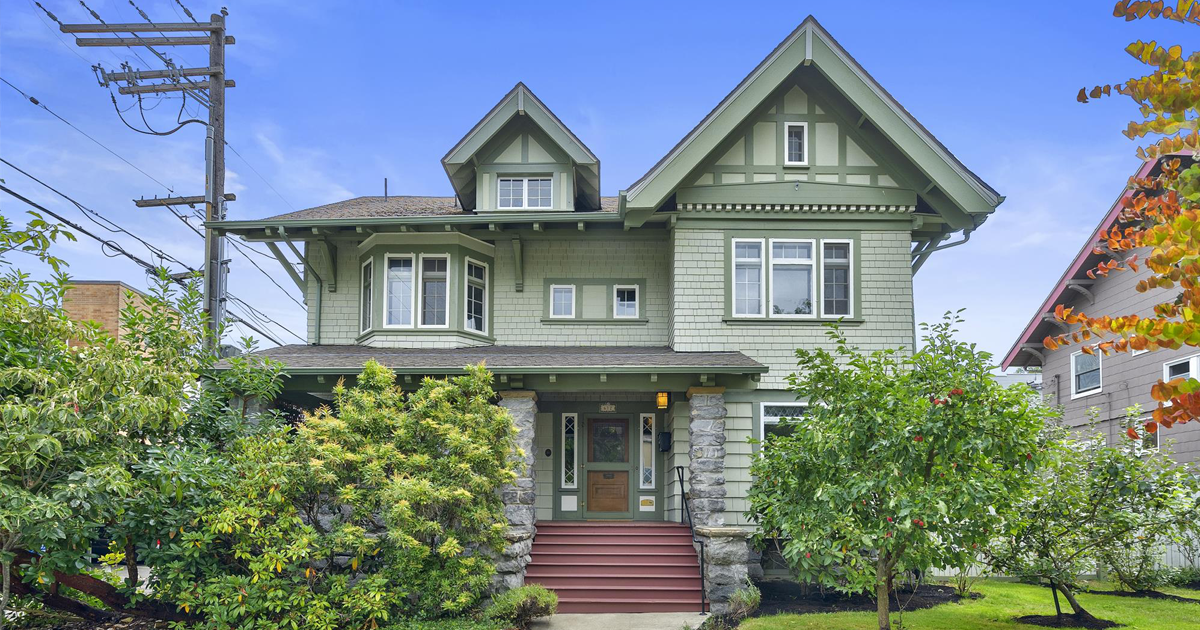 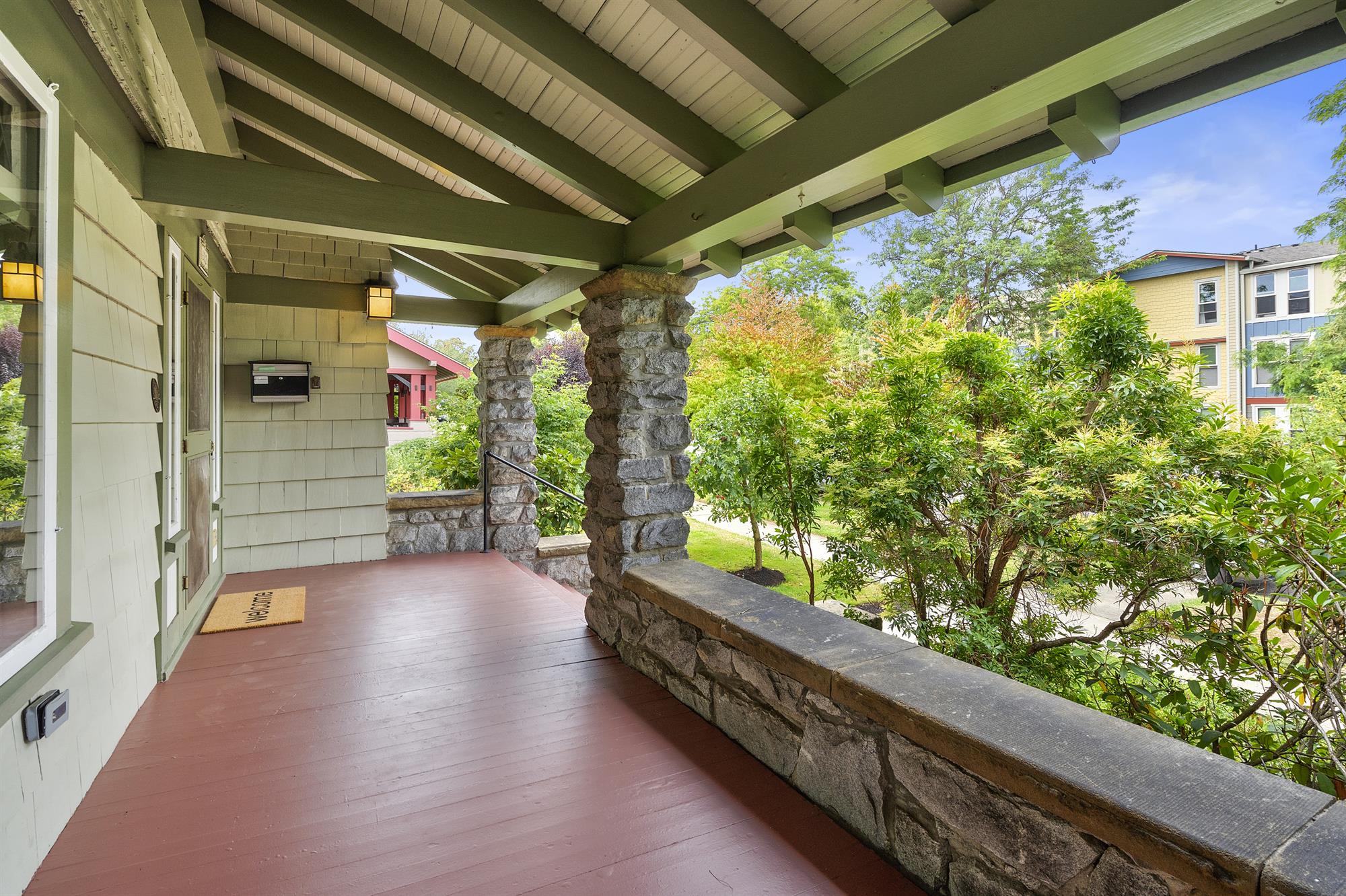 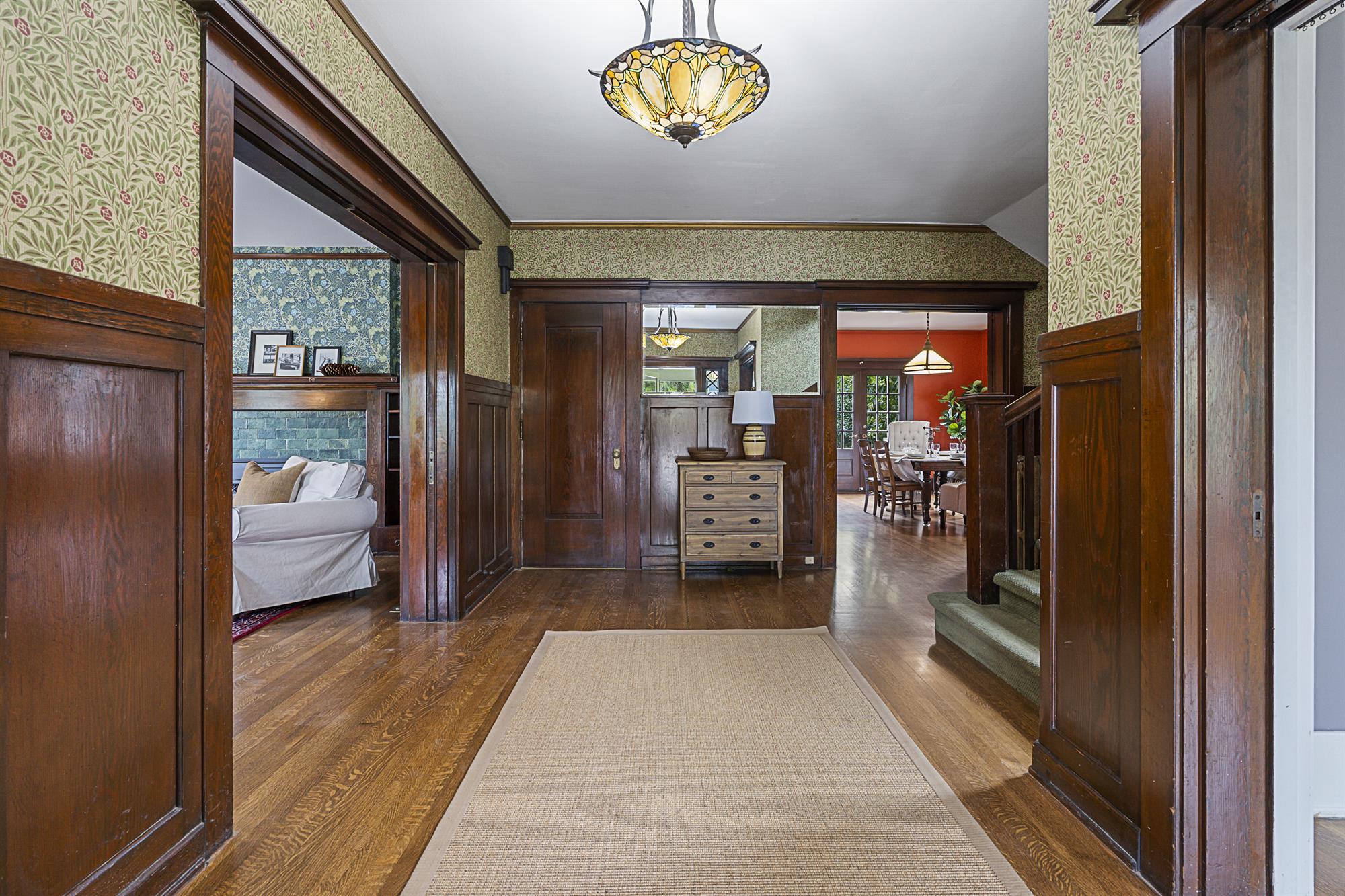 The front entry hall is flanked by a library on the right and a formal living room on the left with a beautiful fireplace with original Arts and Crafts tile surround. A large formal dining room is located beyond the entry with French doors to the rear yard. A side entry hall offers access to a half bath with original corner wall sink and oak-tanked toilet. The entry level also includes an eat-in kitchen and butler's pantry.

Four bedrooms are located on the second floor along with a large bathroom featuring tile floors and an original claw foot tub. A fifth bedroom, a family room and a full bathroom with jetted soaking tub and separate shower are located on the third floor, which originally served as the servant quarters accessed by a servant staircase at the back of the house. The original speaking tube connecting the servant quarters to the main part of the house is still intact.

The large unfinished basement has a door to the back yard and offers an opportunity for future expansion. The property also includes a fenced yard with a deck and a two car garage off the alley.

This historic home was built for prominent Tacoma residents John and Ella Snyder in 1905. John Snyder was born in Chillicothe, Ohio in 1852. His father died when he was a young boy, and he went to work as a hat salesman at the age of 14 to support his family. Snyder and his future business partner John Stevens left Detroit after the Panic of 1884 and moved to Tacoma, where they hoped to reinvent themselves as lumbermen. In 1885, Stevens managed to borrow enough money to build a sawmill, thought to be the first at the head of Commencement Bay. Once the business was established, Snyder returned to Ohio to marry Ella Frost and bring her back to Tacoma.

Snyder’s first mill was destroyed by a fire in 1890, but he was elected to the Tacoma City Council soon after in 1892. Snyder was an active member of the council, travelling to Philadelphia to help negotiate the city's purchase of the Tacoma Light and Water Company from C.B. Wright. In 1903, Snyder built a second sawmill on the Puyallup River, a business venture that secured the family’s financial success. Snyder's second mill, Tacoma Door, was the first in Tacoma to successfully manufacture doors from fir. 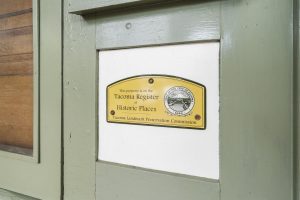 With their newfound success, the Snyders were able to hire the architectural firm of Russell and Babcock in 1904 to design their house on N. 4th. The home was completed in 1905 at a cost of $5,003. Architect Ambrose Russell is best known for his work on the Tacoma Armory, the Masonic Temple, the Perkins building, Immanuel Presbyterian Church, Tacoma's Rust mansion and the Governor's Mansion in Olympia. The Snyder House reflects a transition from the shingle to Craftsman style of architecture, as interpreted by Ambrose Russell. It retains the height of many of Russell’s earlier designs while incorporating "newer" horizontal Craftsman elements into a largely shingle style format.

Given its storied history and intact architectural details, the Snyder House was added to the Tacoma Register of Historic Places in 2012.

Tacoma’s historic Stadium District is anchored by Stadium High School, an iconic Hewitt and Hewitt designed French Renaissance structure that was originally slated to be a hotel. Construction of the hotel began in 1891 but was halted by an economic downturn before completion in 1893. When a fire burned much of the existing structure in 1898, the city of Tacoma decided to re-purpose the building. Stadium High School opened in 1906. The district that bears its name is located in close proximity to downtown Tacoma, Wright Park, the medical center and the waterfront.

As one of Tacoma’s oldest “suburbs”, the Stadium District features some of the city’s grandest residential architecture. The neighborhood is also home to the Annie Wright Schools, the Tacoma Lawn and Tennis Club and a wide variety of shops and restaurants including Shake, Shake, Shake, Indo and Art House Cafe. Annual neighborhood events include the Dickens Festival and the Art & Wine Walk.

The front entry hall is flanked by a library on the right and a formal living room on the left with a beautiful fireplace with original Arts and Crafts tile surround. A large formal dining room is located beyond the entry with French doors to the rear yard.

The property also includes a fenced yard with a deck and a two car garage off the alley.

612 North 4th Street is offered at $725,000.  Please visit www.thesnyderhouse.net for more photos and additional property information or contact us directly to schedule a showing today. 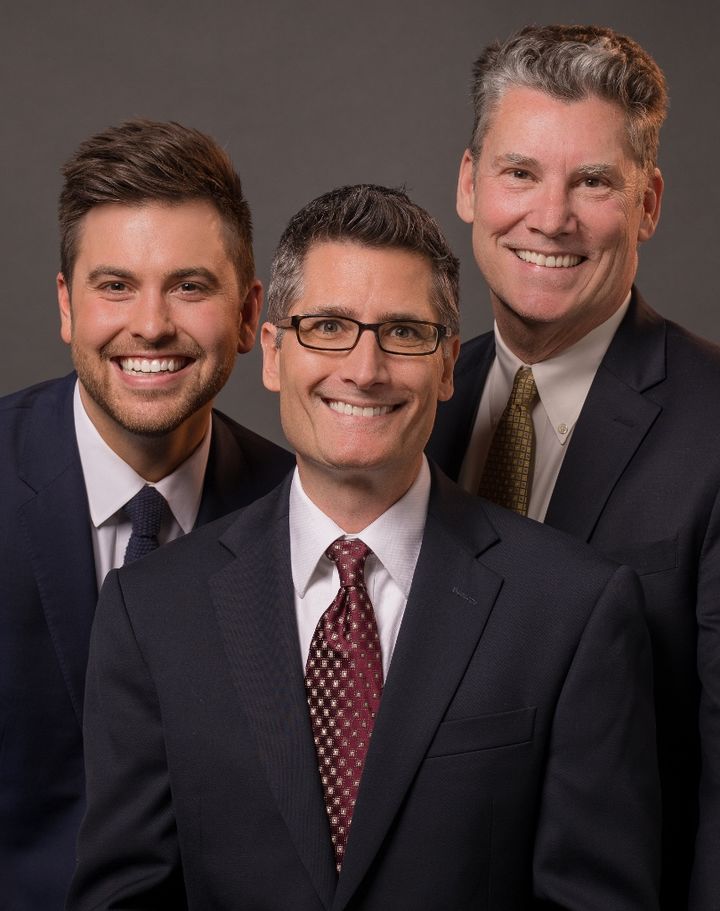